Jakarta - Metro Jaya police chief Inspector General Wahyono said, an increasing number of street crimes during May 2010 according to previous estimates because many community activities that affect the safety and orderliness. 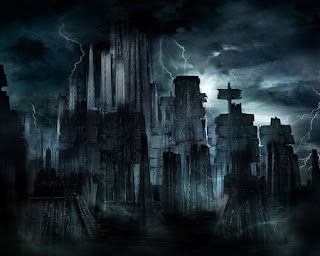 Metro Jaya police chief was speaking at the Metro Jaya Police Headquarters on Friday (21 / 5). "Apparently prediction (estimate, red) we are right in this month (May) there is an increasing community calendar of events," said Wahyono.
He said the community activities that affect security and stability in the territory of DKI Jakarta during May 2010, including increased vulnerability and local traffic flow.
Jakarta Police recorded crime rates in the period April to May 2010 increased by 12.46 percent or 1124 compared to the previous case with the conventional categories of crime, human rights violations, and theft of state assets by weighting, and theft with violence.
Police said it memberlakuan Berantas Operation Jaya 2010 with targets to reduce the number of street crime, theft by weighting (nozzle) and theft with violence using firearms. "It (crime) is always dynamic, so there are fluctuations in our evaluation of each month for prone areas trerjadi crime, "he said.
Head of Public Relations Jakarta Police, Commissioner Pol. Joey Boy Amar added, the amount of crime in the 17th week (April) reached 1124 events with unresolved case approximately 683 cases (60.7 percent) and 18th week (May) of 1284 events (cases settle 773 cases or 60.2 percent).
Police identified the locations that are considered vulnerable to crime, namely the South Jakarta Police station as many as 207 cases and East Jakarta Police Resort (187 cases). While the highest settlement cases in the West Jakarta Police reached 151 cases of 168 and Central Jakarta Police Resort (164 of 187 cases).
Police also classify the type of the highest crime to gambling in North Jakarta and Bekasi, the act of thuggery (West Jakarta, South Jakarta and East), drugs (in South Jakarta and Bekasi city.) Recorded the highest level of street crime in West Jakarta and North Jakarta, theft motor vehicles (West Jakarta, East Jakarta and Tangerang) and theft handle links by violence (Bekasi and Tangerang). (ant / Minor)
Diposting oleh city of evil di 21.41 Tidak ada komentar:

Karna became commander of the war, and succeeded in killing the enemy. Yudhisthira asked Karna Arjun withstand attack. Arjuna told Ghatotkaca to hold the magic, Ghatotkaca rampage, running helter-skelter Kauravas. Karna Ghatotkaca bravely against the attacks. However Ghatotkaca fly into space. Karna arrows fly, and concerning Ghatotkaca chest. This Pringgandani Knight grabbed the train swayed and fell Karna, but Karna can dodge and jump off the train. Ghatotkaca Karna died on the train. The Pandavas grieved. Hidimbi farewell to Draupadi to plunge into the fire with his son's corpse. 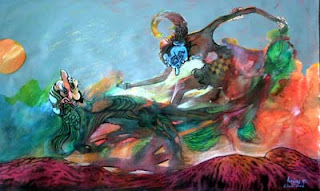 The fighting continues to flare, Drona managed to kill three grandchildren Drupada, then kill Drupada, and the king Virata. So Dhrtadyumna want to avenge the death Drupada.

Krishna held a ruse. Disebarkannya news, that Aswatthama fall. Yudhisthira and Arjuna Krishna was denouncing attitude. Then Bhima killed the horse named Aswatthama, then spread the news of death Aswatthama horse. Hearing the news of the death Aswatthama, Drona became angry, and then fainted. Dhrtadyumna managed to decapitate Drona. Aswatthama defend his father's death, then raging with arrows menghujamkan Narayana. Arjuna saddened by the death of his teacher due to a cunning act. Arjuna was not willing to fight Aswatthama, but Bhima did not feel the death of Drona. Satyaki Dhrtadymna and are fighting on the resistance effort against Aswatthama. Krishna and Yudhisthira to calm them. Pandavas asked to stop fighting. But Bhima wanted to continue the battle, and advanced to the battlefield looking for opponents, especially wanted to beat up Aswatthama. His brothers managed to stop Bhima. Arjuna managed to paralyze Aswatthama weapons. Drona's son was run away and hide in a nunnery. Karna was appointed commander of the war. Many officers who sided with the Pandavas Kauravas.

At midnight, Yudhisthira left the camp with his brothers. They solemnly saluting the death of the teacher Drona and Bhishma who is facing have not died and still lying on the arrow that support. Bhishma advised Pandavas to continue the battle, and told that the Kauravas were destined to lose.

Pandavas continue the battle against the Kauravas, led by Karna. Karna asked for Salya want mengusiri chariot to attack the Krishna and Arjuna. Salya actually not willing to, but ultimately want original Karna obey.

Great battle took place, accompanied by verbal abuse from both sides. Bhima Doryudana wrestle with, and then withdrew from the battle. Dussasana killed by Bhima, in retaliation since Dussasana Drupadi insulting. Dussasana drank blood.

Arjuna war against Karna. Giant dragon named Adrawalika enemy Arjuna, like to help by going to Karna Karna arrows to pierce Arjuna. When about to get struck by arrows, Krishna dirundukkan dikusiri train, so the only Arjuna terserempet crown of his head. Dragon Adrawalika it ditewaskan by the arrows of Arjuna. When Karna mempersiapan arrows incredible magic, Arjuna had previously launched the magic arrows. Karna fell by the arrows of Arjuna.

Doryudhana be worried, then ask for Sakuni do the trick. Sakuni not willing because time has run out. Salya be proposed for the high commander. Actually Salya not willing. He proposed to hold talks with the Pandavas. Aswatthama Salya accused as traitors, and cause the death of Karna. The allegations led to their dispute, but dilerai by his brothers. Aswatthama not willing to help the war again. Salya forced would be a warlord. Nakul asked Krishna to meet Salya, and ask for Salya not join the war. Nakul asked murdered rather than have to fight against people who have to respect. Salya replied, that he must keep his promise to Duryodhana, and do darma knight. Salya handed Nakul and for his death to be killed with weapons Yudhisthira named Library, in order to reach heaven Rudra. Nakul back with sadness.

Salya meet Satyawati, excused himself forward into battle. Wife Salya very sad and thought that her husband would die on the battlefield. Satyawati want to kill myself, want to die before her husband died. Salya prevent it. At night it was last night as a farewell night. At dawn Salya Satyawati leave without saying goodbye, and he cut fabric bedding his wife with kris. Salya Kauravas led troops. Bhima and Arjuna raging hard to resisted. Salya menghujankan arrows named Rudrarosa. Krishna told the Pandavas to step aside. Yudhisthira told to face Salya. Yudhisthira unwilling to fight his uncle. Krishna aware and advises Yudhisthira. Yudhisthira told to use Kalimahosadha, the book of magic for killing Salya. Salya dead by Kalimahosadha which has turned into a burning sword. Salya death followed by death Sakuni by Bhima. Salya obituaries until the Satyawati. Satyawati toward the battlefield, looking for her husband's corpse. Once found, Satyawati suicide over her husband's corpse.

Duryodhana fled from the battlefield, and then hid in a river. Bhima could find Duryodhana who was imprisoned. Duryodhana said coward. Duryodhana hurt, then got up against it. Bhima asked to fight with mace. There was a great fight. Balarama who was on a pilgrimage to the holy places were told by Narada about the events of the war in Hastina. Krishna told Arjuna to Bhima was given a cue to hit Duryodhana thigh. Terbayarlah Bhima vows when they wanted to destroy Duryodhana in the war Bharatayudha. Balarama who watch Bhima struggle with Duryodhana was angry because Pandavas considered dishonest and will kill Bhima. But intent can be prevented Balarama, Balarama and anger simmer down ..

The Situation of Evil 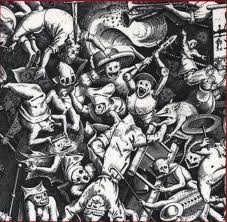 In light of the cultural habit of seeing evil as a disposition, we wanted to highlight for our readers a potentially interesting program being shown on National Geographic TV tomorrow night (8:00 p.m. eastern), “The Science of Evil,” which promises to shed some light on some of the situational sources of “evil.” The National Geographic wab site reads as follows:


“What is evil? Is it a spiritual force that only God can understand? Or a meaningless superstition that science can snuff out by explaining the physical machinery of our brains? It depends on whom you ask. NGC travels into the trenches with the individuals who confront so-called evil almost daily.”

The program will include four segments about different aspects of “evil” from researchers and also from United Nations workers in the Congo and a minister who baptized a mass murderer. Those segments will include a section on the Stanford Prison Experiments conducted by Situationist contributor Phil Zimbardo as well as a section more recent researh on the neurobiology of resolving moral dilemmas being conducted at Princeton University.